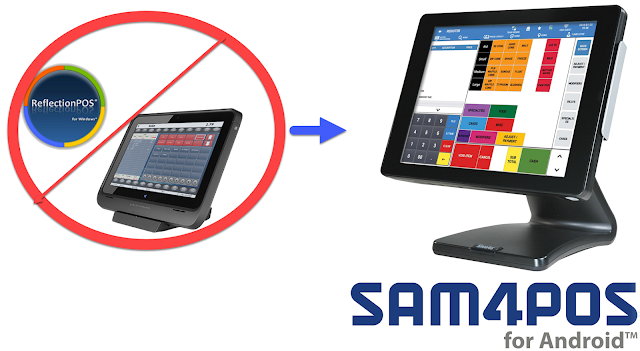 Are you tired of NCC Reflections? Replace it with SAM4s!

At one point we used to sell NCC Reflections, and to be fair it was an OK system. Then SAM4s released the SAM4pos system and we started selling it. After installing just a few SAM4pos systems we had to ask ourselves why are we still selling this old legacy NCC Reflections? Didn't take us long to drop NCC and move on with the future of POS which is not a legacy windows based POS system. We have gone on to replace many Reflections since then starting three years ago. If you are struggling getting support for your legacy Point of Sale System don't wait any longer, give us a call and lets install a system built to last for a long time at an affordable price.

Just a month ago we replaced another NCC where the client could not get it to work with the Berg Liquor Control system.  We were able to replace the system very quickly and the only Reflection they deal with now is in the rear few mirror. SAM4pos was designed for the mom and pop retail or restaurant business. We know you want a system you can own, instead of paying for forever, a system that you can use any credit card provider you want or none at all. Not many systems on the market today can say that any longer, but we can. The SAM4pos system was made to resemble the good old days when you would walk down to the corner store and buy a candy bar and soda and say hello to the store owner that knows your entire family. We are not some faceless corporation where you become just a number. Most cases here you work with the same support person for years.

If you're ready to move to a POS system that is affordable, scalable and is future proof call us

You can reach us at 800-863-2274 or of course on the web at https://www.cashregisterguys.com/sam4pos.html and we can help you select the right hardware for your business.

The Verifone P400 Pin Pad works with most SAM4s registers and POS systems, but..... 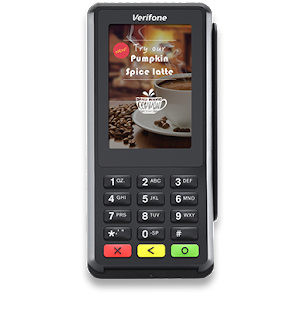 Are you looking for a Next Gen Pin Pad for your SAM4s?

If you are then look no further that right here. The Verifone P400 is a PCI PTS 5.x approved pin pad that will future proof your business for a while. We began deploying this pin pad several months ago and we really like it so far. It is more affordable than the Ingenico models that came out last year and that is with a color touch screen. This is a great value pin pad with all the modern features of course like NFC, EMV etc etc.

There is a catch though, it is not compatible with the legacy Datacap devices, only the new devices.

While this is only a concern if you already use a Datacap Tran Server, Twin Tran or IP Tran LT and need a new pin pad. If that is the case you will want to look at the Ingenico Lane 3000 or 5000. However, if this is for a new deployment, no problem. You will pair the P400 with Datacap's new NETePay Hosted PDC that we have been deploying with SAM4s registers now for a couple months now (Starting in 2021).

If you have questions you can contact us at 800-863-2274 regarding compatibility with SAM4s and processors. https://www.cashregisterguys.com/p400.html 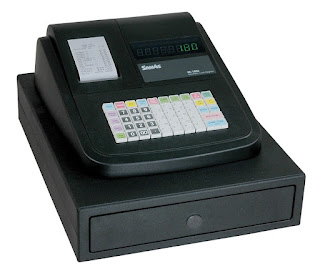 While we did not get all the SAM4s registers back in stock we do have a shipment of the popular ER-180 registers that have been back ordered for quite awhile. If you bought on recently and had the order cancelled please reach back out to us because we have 50+ of them coming in the next week or so. Maybe at long last the backlog at the ports are about to break free. You can order here https://www.cashregisterguys.com/sam4s-180u.html 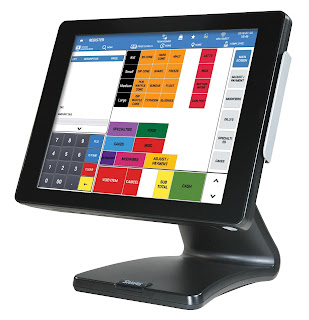 The Powerful and Popular SAP-6600II is also coming back in stock.

This is great news that a container of SAP-6600II terminals from SAM4s finally worked its way through the ports and is being distributed. We had been waiting on this model for some time and now we can fill the orders. Hopefully this is just the tip of the iceberg and the inventory will start moving like the good old days! If you need a SAP-6600II let us know at 800-863-2274 or order online at https://www.cashregisterguys.com/sam4pos-6600-retail.html